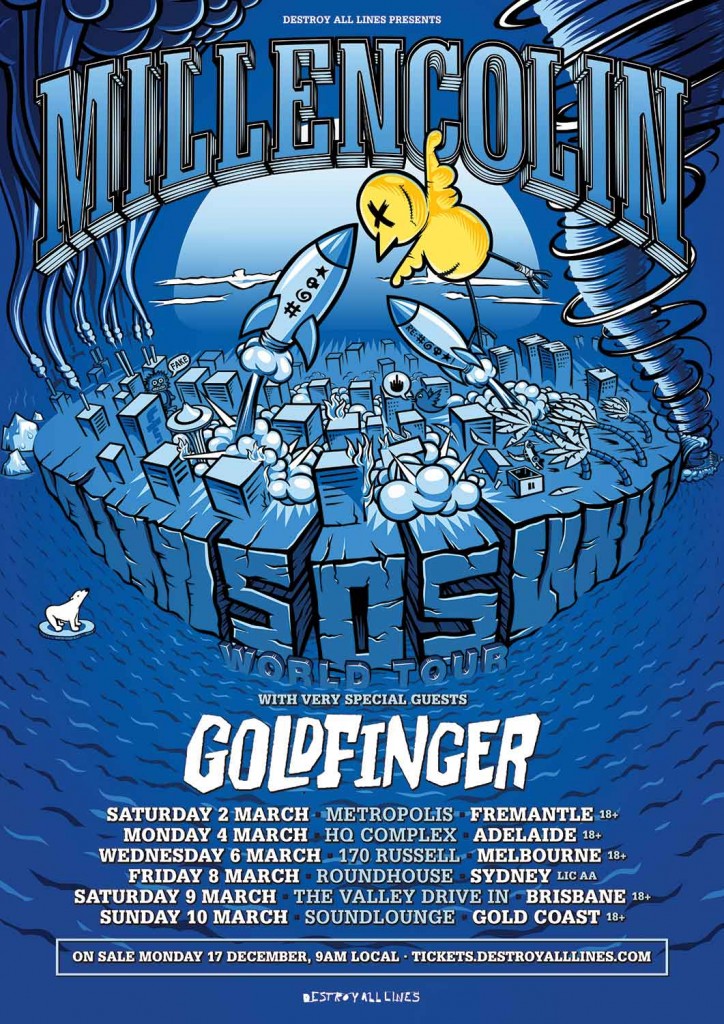 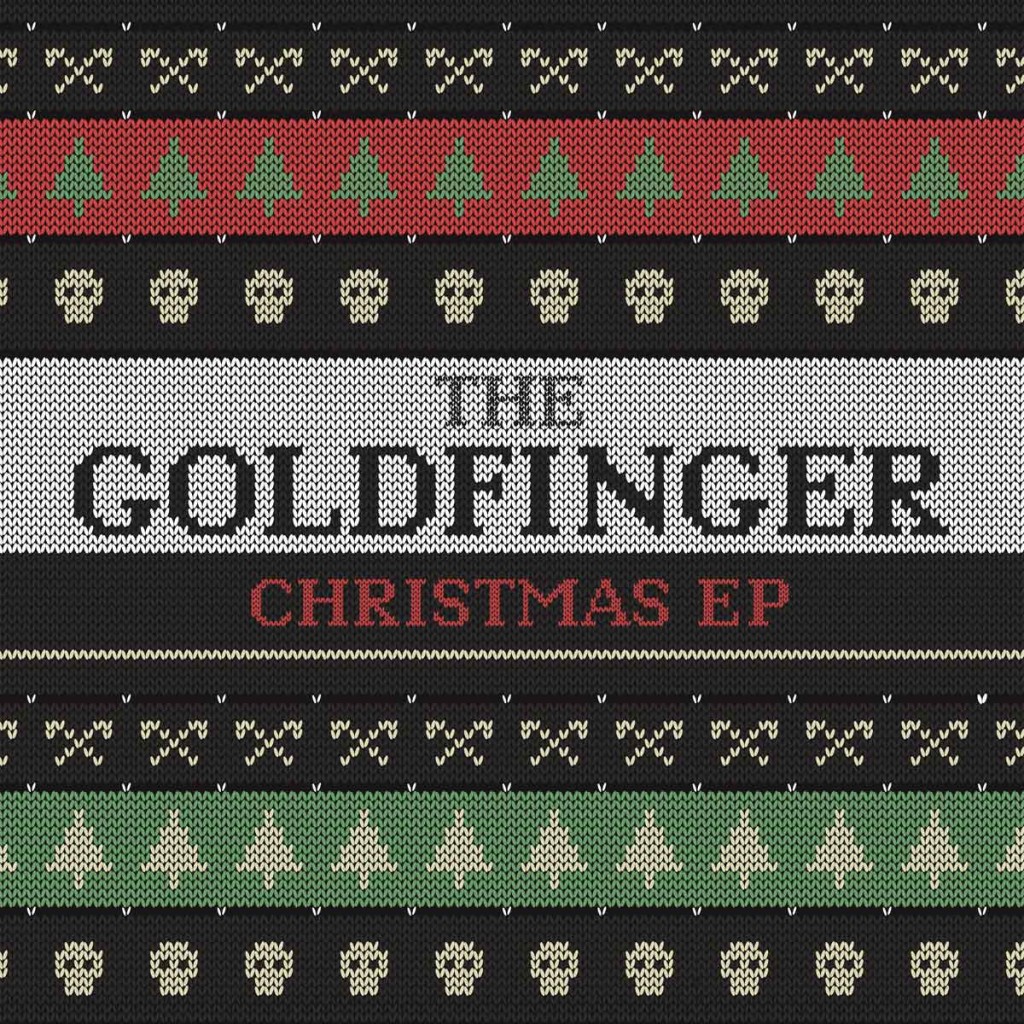 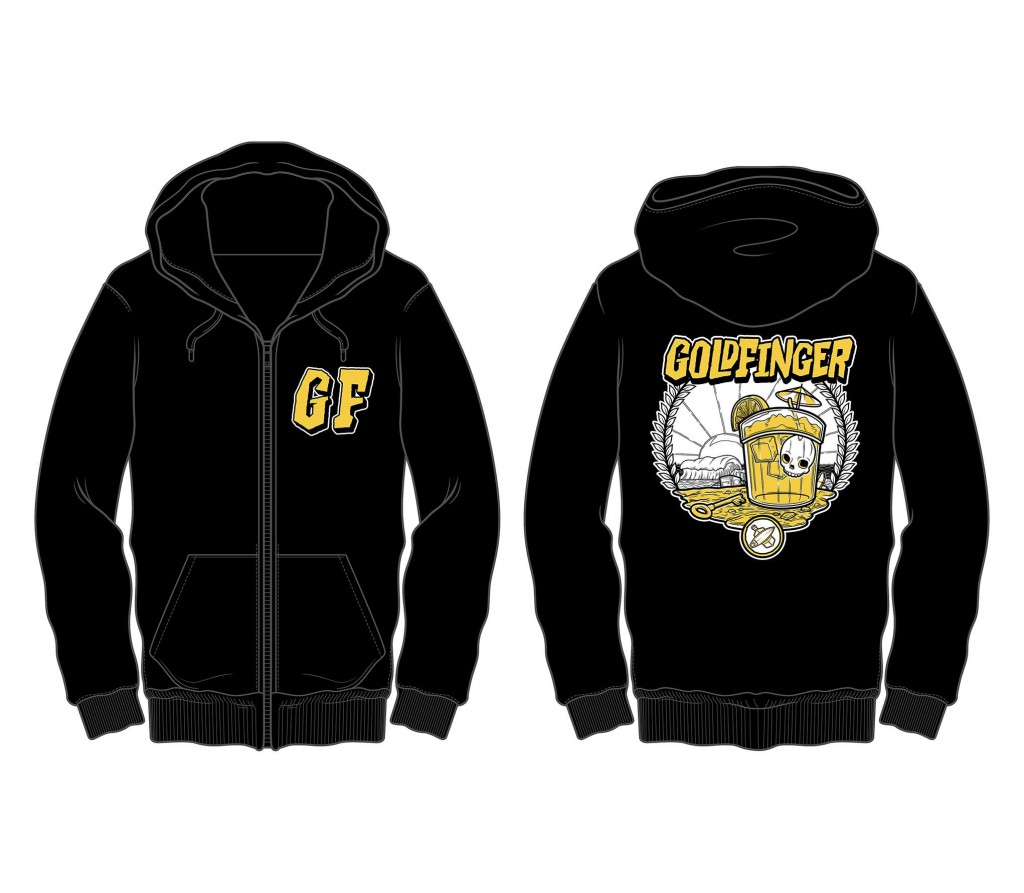 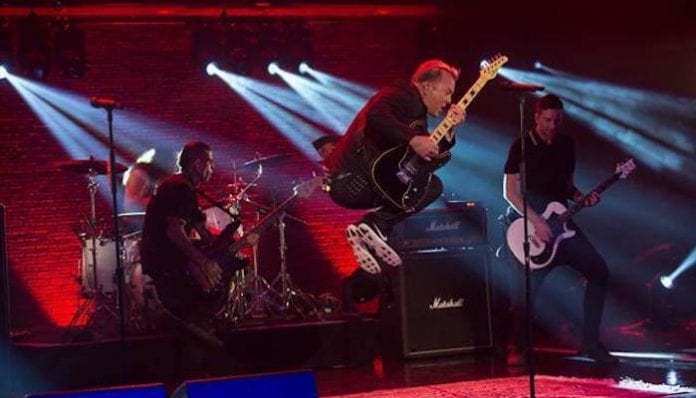 The band are sharing a taped live show with fans, which will be played on AT&T AUDIENCE Network Oct. 12 at 9 p.m. AP got an exclusive look at the show, which is just a taste of the full hour-long concert.

In an interview for the concert, Feldmann discusses his upbringing and how music wasn’t accepted in his home.

“My parents did not allow any music in the house. My dad was a nuclear physicist, and when I started playing bass in a punk band, he was a little disappointed,” Feldmann says.

Feldmann also discloses he was kicked out high school and became a shoe salesman. While on the job, he was recognized for his work in a previous music project. Feldmann slipped his demo to the man, and he was offered a record deal the next day.

Feldmann also details how the band hold a Guinness World Record and admits of a few run-ins with the police.

“Goldfinger have always been about really letting go of relationships, or parents, or cops—I had some trouble with the cops,” he says.

Goldfinger have historically been known for their typical rock star behavior. In fact, the group got kicked off a Sex Pistols tour. The band encouraged their fans to throw things at the stage, covering it with food, trash and other objects. This forced Johnny Rotten to kick off the band who were too crazy even for him.

Goldfinger’s drummer Darrin Pfeiffer took matters into his own hands by taking a number two in the band’s catering. However, Pistols guitarist Steve Jones invited them back, and they toured the world together.

Beyond the concert, Goldfinger are also celebrating their album The Knife, which just reached its one-year anniversary. Embracing that same edge, Goldfinger are back with a new sound and batch of featured artists.

The Knife features vocals from blink-182’s Mark Hoppus, ONE OK ROCK’s Takahiro Moriuchi and 311’s Nick Hexumand. Mighty Mighty Bosstones guitarist Nate Albert can be heard strumming on “Get What I Need,” and twenty one pilots’ Josh Dun adds his drum style on “Orthodontist Girl.”

Feldmann is joined by MxPx’s Mike Herrera on bass, Story Of The Year’s Phil Sneed on guitar and blink-182’s Travis Barker on drums.

You can watch the full-length concert and hear more crazy Goldfinger stories this Friday at 9 p.m. The concert airs AT&T AUDIENCE Network via DIRECTV on channel 239 and on-demand through DIRECTV NOW. The Knife is available for purchase here via Rise Records. 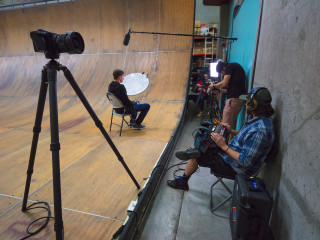